Seeing and Owning the Power of Diversity

Visually showing who you are and who you want to be can improve inclusiveness.

Many companies tell their employees they care about inclusiveness. Why? Because it’s good for business. Plus, studies show workers care about diversity and are more likely to stay at a company that shares those values. But a lot of those companies stop at simply saying they care.

So, I have an idea: why not show people what’s important to your organization? Give them some visual proof that you’re not just giving lip-service to a hot-button topic.

This all hit home for me recently when an Asian American member of our company’s management team pointed out that we’ve got a diversity problem. Basically, in any given meeting, she noticed that she was one of the few minorities or women in the room.

Diversity and inclusion is important to us. But instead of stopping with that declaration like most companies do, we set up a working group to improve diversity—an effort that can be especially difficult due to Colorado’s demographics. But we’re not using demographics as an excuse. Instead, we’re rolling out a company-wide Diversity and Inclusion initiative, spearheaded by the woman who opened our eyes to our lack of diversity.

As we undertake that effort to improve diversity—everything from LGBTQ, racial and gender inclusiveness—we’ve concluded that visually displaying who we are and who we want to become is crucial to advancing this objective.

Don’t be afraid of the facts

After all, we all know what it looks like when you go to a company’s leadership page on their website and you see the nothing but middle-age white men in every picture.

Don’t hide the problem. If you don’t have the diversity you need, don’t be afraid to explain what you are doing to become more inclusive.

It’s become a corporate mantra in recent years for executives to say that people are at the center of their organization. But in most corporate offices, it’s tough to see that ethos in action.

I know it seems simple, but visually highlighting diversity is certain to have one of two results—it will make staff feel like part of a diverse team or it will highlight that a company, like ours, is simply not diverse enough. Either way, sharing that current reality and engaging with staff through visual media to improve diversity and promote a culture of inclusiveness can help foster a discussion about making improvements. Simply showing your people, big and bright, across your digital signage network will make your diversity—or lack of it—very apparent.

Here are six ways companies can visually cultivate and promote more diversity in their workplaces:

Capture great photos of your staff, at work and at play

Those pictures can show diverse people interacting in the lunchroom, cutting a birthday cake, playing with their pets or engaging in local community projects. And in addition to highlighting physical diversity, these types of images can showcase acquired diversity—the different life experiences, perspectives and interests each individual brings to your organization—which helps employees find commonalities and promotes a more cohesive company culture.  Which is important because highly engaged workers are five times less likely to quit than those who are not engaged, according to the Society of Human Resource Management.

When communicating about human achievements, such as a salesperson of the month award, or other information, displays should primarily focus on people, with any text given secondary importance on the screen. Displays should capture the essence of that person in their picture, so make sure it’s a nice photo, not the headshot from their building pass.

Oracle is great at sharing data about the state of diversity at their company. I think it’s smart to show yearly or semi-annually where the company stands, juxtaposed against where it started. Give people the data and the results over time. They will appreciate that you are trying to do better. With our diversity efforts, we plan to display when our workgroup is meeting and invite employees to contribute. We plan to report publicly what the priorities are and the action plans for reaching them.

Get the playlist right

When considering how your firm rotates important information on display screens—everything from facility news, security tips, performance management statistics and benefits information—include visuals of people as a balanced part of that playlist. Pay attention to Black History Month, International Women’s Day, National Hispanic Heritage Month. The list is endless and if you want to be inclusive, you need to put the effort into letting your employees know you care.

I like what Oracle does in this regard. Let your employees know what the company is doing and the philanthropic organizations it’s supporting. You may get suggestions from employees about other organizations that are doing good work that could make your giving even more inclusive.

Be open about job opportunities

Publicize your job openings, something that tends to be surprisingly secret in most organizations. Ask your workers to spread searches on their networks and to let management know of diverse candidates. But make sure you’re going beyond your employees’ own networks to reach out of your comfort zone into affiliate groups and associations. It’s good business. A  recent academic study finds that inclusiveness makes companies more innovative and successful.

Diversity as a retention tool

Think we’re just making this up? Think there’s no ROI on promoting diversity? Recently, one of our Account Executives heard from Ball Corporation about how the organization’s display network impacts its workforce. Last year, Ball had an employee who was considering a gender transition but wasn’t sure about the company’s support through the process. The employee thought about leaving Ball but decided to stay after seeing content on the company’s Visual Communications network that celebrated Ball’s recognition as a best place to work for the LGBTQ community by the Human Rights Campaign, positioning Ball as a global leader in workplace diversity and inclusion.

That may sound like a small thing, but the direct costs of replacing an employee is 33 percent of the worker's annual salary, according to the Work Institute’s 2017 Retention Report, which also finds that 75 percent of employee churn is preventable. And on top of the costs associated with workforce attrition, just consider the impact that one piece of content had on the employee on the verge of leaving—how the content connected them to something deeper within the organization. That’s invaluable.

With annual Gay Pride celebrations set to take place around the country at the end of June, companies should use their display panels to signal how they value an inclusive work environment. Like they say, a picture is worth a thousand words. 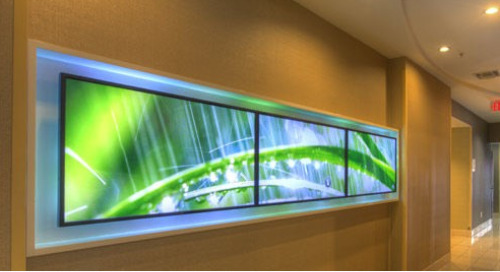 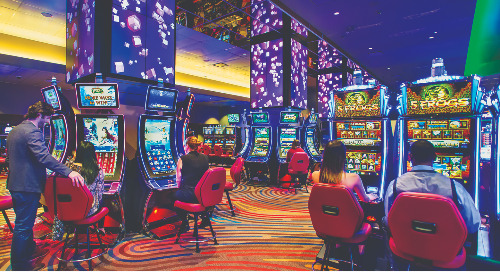 Why Your Office Should be More Like a Casino

Entreprenuer.com recently published an article written by FWI's CEO, David Levin! Check out what he has to ... 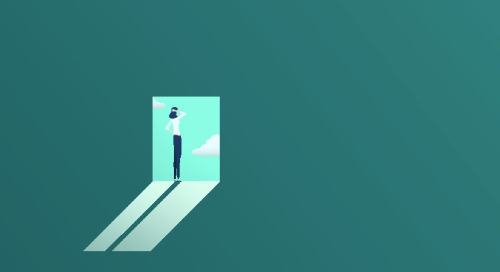 Why Your Office Should be More Like a Casino

Entreprenuer.com recently published an article written by FWI's CEO, David Levin! Check out what he has to say about making offices a bit more exciting, an... 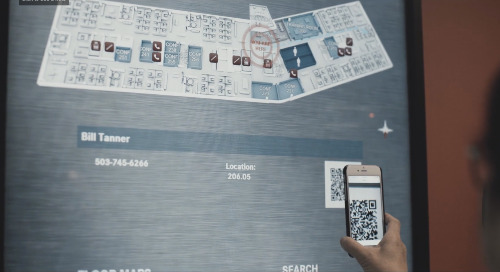 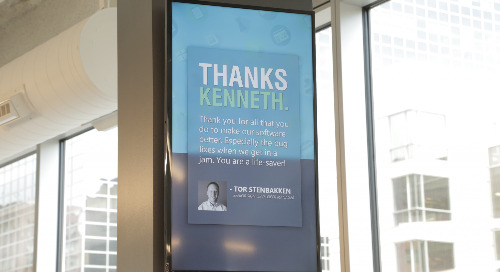 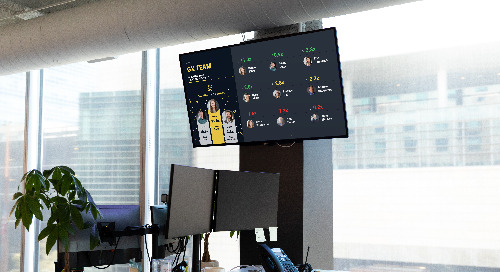 Access to Data is Great, but it's How You Communicate it That Matters

David Levin, President and CEO of Four Winds Interactive wrote an article that was recently featured on Entrepreneur.com that explains how sharing informat... 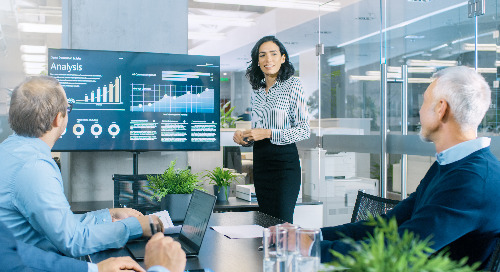 Why CIOs Should get Control of Visual Display Technology 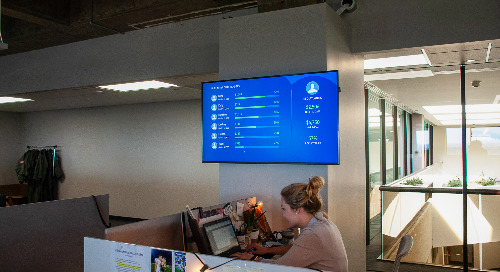 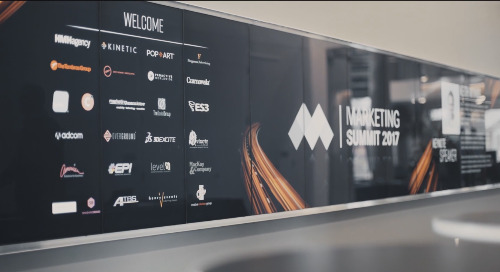 How Event Planners Leverage Technology to Put on World-Class Events

Find out how event planners use digital signage to create more immersive experiences. 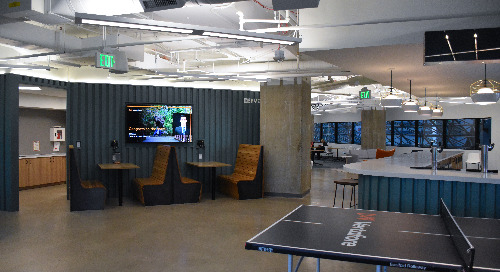 Today, it’s not just pay and benefits that matter when it comes to hiring and keeping talented employees. The work environment needs to be better than what... 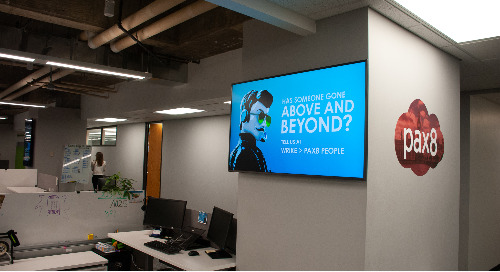 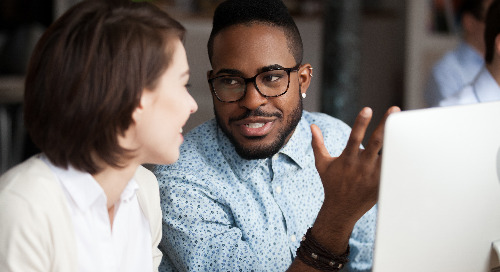 A Simple, 5-Step Process That Leads to Collaborative Success 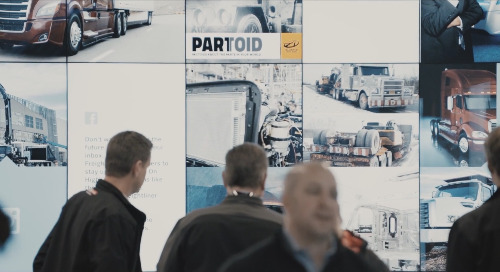 What You Need to Know About Visual Communications Technology

Learn how to to take the long view with digital signage software and not just address today’s challenges. 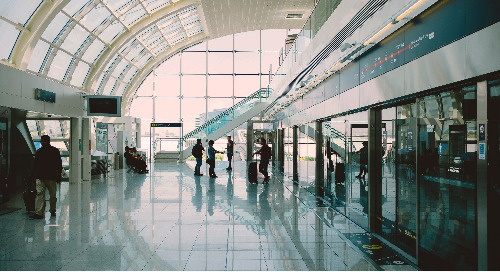 What Bathrooms in Dubai Tell Us About Data

Every organization has data which can be used to drive an impact. See how Dubai Airports is improving their customer experience with innovative, data-drive... 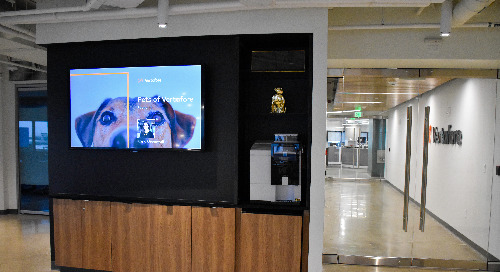 Dogs on Screens: Cheering up the Office one pet at a Time